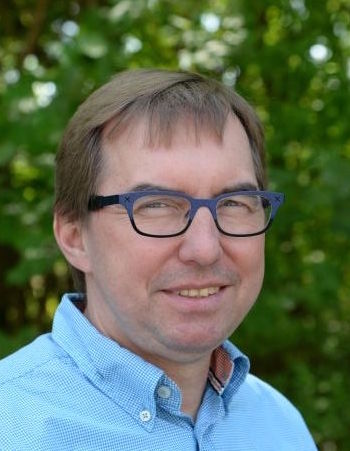 Hand function plays an important role in all primate species, and its loss is associated with severe disability. Grasping movements are complex motor acts for which the brain needs to integrate sensory and cognitive signals to generate behaviorally meaningful actions. To achieve this computation, specialized brain areas in the primate parietal (anterior intra-parietal area, AIP), premotor (area F5), and primary motor cortex (M1 hand area) are functionally connected. This presentation highlights recent experimental results in non-human primates to characterize how these distinct cortical brain areas generate grasping movements and how such movements can be decoded with high precision. Besides understanding the underlying network structure and function, such characterizations are highly valuable for the development of neural interfaces to restore hand function in paralyzed patients.

Hans Scherberger received his Master degree in Mathematics (1993) and his Medical Doctor degree (1996) from Freiburg University, Germany. He currently heads the Neurobiology Lab at the German Primate Center and is Professor for Primate Neurobiology at Göttingen University (since 2008). He was trained in systems electrophysiology with post-doctoral positions at the University of Zurich (1995-1998) and at the California Institute of Technology (1998-2003) before becoming a research group leader at the Institute of Neuroinformatics at the University and ETH Zurich (2004-2009).
His research is focused on the neural coding and decoding of hand grasping movements in the primate brain. He studies the cortical representation of hand movements in motor-related areas and their functional and causal relationship with sensory systems and decision-making. Furthermore, he develops brain-machine interfaces that read out movement intentions to control virtual or robotic devices, and aiming to restore hand function in paralyzed patients.